8 THINGS THE MOST PRODUCTIVE PEOPLE DO DIFFERENTLY 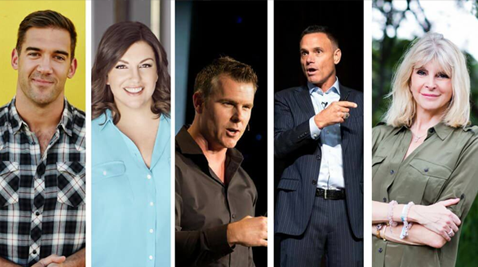 The first annual Lifehack Summit is just around the corner, and the 25 speakers we interviewed are bringing content like you’ve never seen before.

These speakers are among the most productive people in the world, and include bestselling authors, multi-millionaires, thought leaders, social influencers, media commentators, TED speakers, and serial entrepreneurs.

There’s still time to grab your free ticket to the Lifehack Summit (July 10-12)! Just click here to register with your name and email: www.lifehackmethod.com/summit

Here are 8 things these top performers do differently to be incredibly effective in their day.

1. STOP MANAGING YOUR TIME.  MANAGE YOUR ENERGY AND ATTENTION INSTEAD

It used to be that time was all we had to manage.  In the Industrial Age, it was simple to tell how productive we were because productivity was measured in widgets per hour. Today, this formula no longer makes sense for most jobs.

Distractions inundate our homes and offices, on average 20 times per hour. Knowledge workers are expected to manage competing priorities, a full home life, and a demanding social environment.  It’s no longer about how many tasks we cross off our list in an hour, it’s about managing our attention and energy so that we don’t burn out.

2. PRIORITIZE RUTHLESSLY – BECAUSE IF YOU DON’T, SOMEONE ELSE WILL

Instead of letting the tides of life take you where they will, it’s important to grab the reins and define your #1 priority for your week, month and year.  It’s easy to blame our circumstances or resources for our lack of forward movement towards our goals, but this isn’t the attitude of a true productivity master.

After all, as bestselling author Jay Papasan says, “You can use money to buy future time, but there’s no amount of money that can buy time you mis-spent in the past.”

3. “DEEP WORK” IS A SUPERPOWER IN THE 21ST CENTURY

“Deep Work” is defined by author Cal Newport as cognitively demanding tasks performed in a state of distraction-free concentration.  These efforts create new value, improve your skills, and are hard to replicate.  In other words, they are not the “shallow” tasks we tend to do much of our day!

Newport argues that focus is the new I.Q. in the digital age of distraction, and that almost no individuals are actually focusing on developing…well, focus.  For knowledge workers, he proposes that [High-quality work produced = (time spent) x (intensity of focus)].  In other words, it’s not just about putting in the hours.  It’s about developing focus as a muscle.

4. MINDSETS ARE THE GROUNDWORK FOR PRODUCTIVITY

We expected the most productive people in the world to have some secret techniques not apparent to the naked eye.  You know, the kind of secrets that make them appear impervious to life’s difficulties and endlessly productive…and make the rest of us jealous.  It turns out these secrets are mindsets.

Caitlin Pyle, the successful entrepreneur behind Proofread Anywhere, says, “Mindsets are the groundwork for the reality we create for ourselves.” Top performers anticipate and circumvent mental roadblocks when they’re experiencing analysis paralysis or other productivity malaise.  They use meditation, mindfulness, and even common self-awareness to keep their mindsets focused and positive.

5. START YOUR DAY OFF RIGHT WITH A “NIGHT BEFORE” ROUTINE

Morning routines are in vogue amongst those hopeful for a daily formula for peak success.  But the most productive people know that the secret to getting out of bed on the right side lies in the night before.

Creating a “night before” routine means setting yourself up for success the following day, by reviewing your schedule, setting your priorities, and adjusting for new realities. Erik Fisher, host of the productivity podcast Beyond The To-Do List, calls this “passing the baton to my future self.” Like a general preparing for battle, creating a “night before” routine gets you on offense before your day forces you onto defense.

6. BATCH SIMILAR TASKS TOGETHER TO OPTIMIZE YOUR CREATIVE FLOW

Grouping tasks of similar cognitive difficulty and skill is a simple way to make work feel easy.  By clustering similar tasks in your day (for example, making phone calls only from 2-4pm instead of spread throughout the day) you’re able to stay in uninterrupted flow longer. This makes it simpler for your brain to process information and solve problems, instead of constantly jumping between unrelated tasks.

7. “TRICK” YOUR BRAIN INTO OPTIMAL PERFORMANCE

Our brains are designed to protect us from doing things that could cause us pain. But this backfires when we’re trying to get to the next level of life.  Because while status quo is comfortable, to reach the next level requires us to step WAY outside our comfort zones!

The good news is that modern psychologists, therapists, and thought leaders suggest many ways to trick our evolutionary mechanisms to keep our brains from holding us back. As Mel Robbins says, “You can out-trick your brain in furtherance of higher goals.”  Her simple 5 Second Rule collapses a litany of psychological principles and by-passes our built-in processes that keep us in the mode of inaction, procrastination, and avoidance.

8. SEEK OUT DISCOMFORT ON A DAILY BASIS

The most productive, successful people actively seek out a feeling of discomfort every day.  Lewis Howes describes applying this principle to everything he does – from his intense workouts, to his award-winning podcast, to writing his next bestseller.  If it doesn’t feel slightly outside his comfort zone, then he knows he isn’t pushing himself hard enough. As he puts it, “the only way for us to grow is to constantly step into things we’ve never done.”

Charlie Hoehn, the TEDx speaker and marketing guru behind many bestselling books, describes how he does improv comedy to “become better at failing” and continually push himself out of his comfort zone.  Being better at dealing with failure makes him more confident and willing to make bold leaps forward.