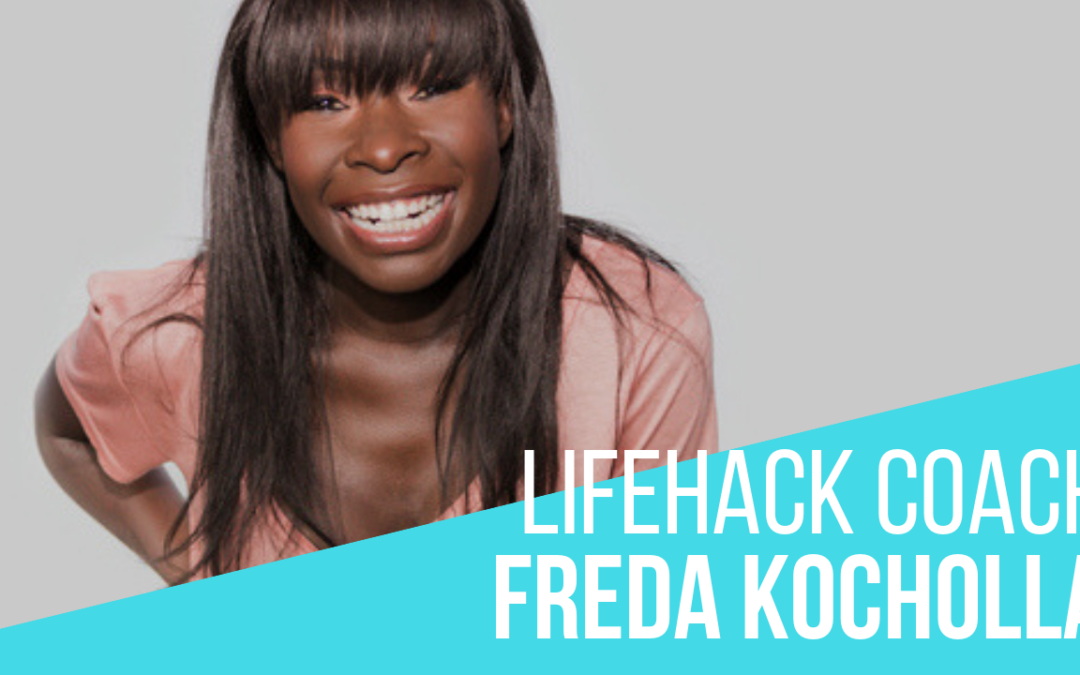 The best coaches are those who have walked a mile in your shoes.

If they don’t understand where you’ve been, how can they get you to where you want to go?

Freda has walked in many, many shoes and created massive results in her life along the way, which is a big part of why I am so grateful to have her on our team as a Lifehack Coach.

The transformation Freda has made in just the last year is nothing short of astounding.

Freda is a previously overworked London-based accounting professional-turned-Lifehacker. She spent six years in the corporate world, fighting fires and carrying the stressful weight of an “always on” life.

Since joining our community, she’s transitioned into a radically different (and much higher paying) career, and fulfilled a lifelong dream to travel the world.

I’ll let her tell her own story……

I hated my corporate job, I didn’t know what I wanted to do. All I knew was that I wanted work that was 100% remote so that I could travel, one I was good at and enjoyed, that had meaning and purpose behind it.

In my search, I found Demir and Carey on Facebook in July 2017, and took the leap of faith and took the Breakthrough Performance Bootcamp soon after.. I honestly didn’t realise when I said yes to the Bootcamp I was actually saying yes to the life of my dreams.

I was the person who was working hard at the wrong things. I needed help getting my priorities right in a way that did not increase my stress levels.  Before the bootcamp, I tried to put together a “homemade” solution. I was reading the books and paying various coaches. I was getting some results but in two years it wasn’t really anything that blew me away.

It was depressing to put in the effort and money and not see results. I’d spent $15,000 by the time I got to Demir and Carey and I was not getting the results I wanted in my life.  I was also a course junkie! I was taking 2 other online courses and I had to stop them both to take the bootcamp despite the money I had spent on them. This was the first of many tough decisions I’ve had to make since taking the bootcamp and creating a life and career I love. I decided that being more productive was going to make my life easier in the long term so I took the financial hit, stopped the other courses and focused on the breakthrough performance bootcamp.

In the Bootcamp, Demir taught me a framework for making tough decisions. He taught me how to decide what to say HELL YES to and what to say HELL NO to. This has contributed to 70% of my success. It’s a way of thinking that I hadn’t come across before. Making tough decisions and taking the appropriate actions that move me closer to my goals has produced results I would have never imagined in just 14 months.

I’ll be the first to say I was skeptical when I first had my call with Demir, I really wasn’t sure there was something out there that would work but I decided to take a leap of faith,  especially as Demir and Carey are one of the only coaches who back their work with a money back guarantee.

I left my corporate job 8 months ago (In February 2018) and found a career that lets me shine – and that improves the lives of others. I’ve been to Italy, Portugal, Austria, Germany and getting ready for a trip to Colombia for the rest of 2018 and South Africa at the start of 2019!  If I hadn’t taken the leap, I would have still been in my crappy job.

After graduating from the Breakthrough Bootcamp, Freda transitioned to a career that couldn’t have been more different from corporate accounting and increased her salary at the same time. She faced NUMEROUS setbacks along the way, each of which would have derailed an average person – but Freda tackled each one of them with power and grace.

I had a conversation with Freda where I learned she felt called to support others in the Lifehacker community, which is exactly why she’s now a Lifehack Coach.

Her life’s mission is to help you unlock your full potential so you can live the life of your dreams, with more flow and ease.

Make sure to reach out and get coaching from Freda if you’re:

If you’d like to get access to Freda’s coaching for FREE, you can sign up for a free 15-min coaching call directly with her here. Come ready to coach around the biggest thing blocking you right now, and Freda will help you find actionable ways to break through quickly.

Book your call with Freda here