HOW TO TAKE CONTROL OF YOUR WEEK 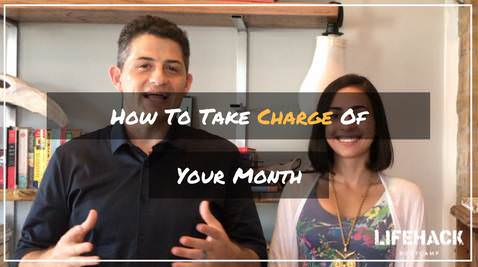 No matter how hard we worked, we never managed to feel more than just barely caught up.

One week started out strong.  We both had big client presentations that went extremely well.  But by Wednesday, the week had gone sideways on us.  One client backed out due to funding constraints, and the other ended up becoming the “client from hell” who wanted Carey to run around frantically serving their needs.

By the end of the week, we were both collapse-on-the-bed exhausted. No energy was left to do anything except watch TV and start worrying about the next week.

It didn’t make sense – we were putting in the hours! But our work week claimed victory over us far more than we did.

We decided to play our own game.  We decided to tackle our weeks in a way we didn’t see many others doing.  Here’s what we found:

Life can feel like a battle, because it sort of IS a battle: it’s a competition for limited resources.

We have limited time, limited attention, and limited decision-making power.

And just like a battle, the secret to winning lies in planning ahead!  Because CONFLICT is what goes wrong with our week:  Conflicting priorities, conflicting schedules, conflicting expectations.

The hack for taking control of your week is simple and powerful:  Planning your week ahead of time.   We’re going to show our system for pre-planning your week, and it’s a system that’s radically different from the conventional wisdom.

There’s a very specific way you’ll want to do this.  In this week’s video, we walk through the 10 simple steps to planning ahead for your week. (8 minute video)

Over the last couple weeks, do you feel like you accomplished big things and made big progress?

Did you have many highly productive days, or did you waste a lot of time on low-value tasks?

The hack we’re sharing today addresses these EXACT issues.  It gets you having powerful weeks where you feel satisfied and accomplished  – instead of feeling like you just took a punch in the face from Rocky Balboa.

“Every minute you spend in planning saves 10 minutes in execution; this gives you a 1,000 percent Return on Energy!”

Leave us a comment with your strategies for getting in control of your week!

Asian Efficiency: How to Plan Your Perfect Day for Superhuman Productivity