MEET THE COUPLE THAT WILL HELP YOU GET OUT OF DEBT 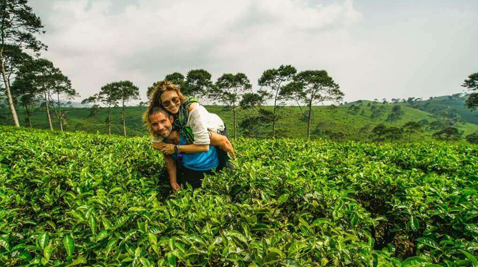 Not-so-fun-fact: approximately 80% of Americans are currently in debt. Whether it be credit, home, car or student loans–we all seem to be shackled to the same giant money-sucker. So, why is nobody talking about it?

It isn’t until I stopped thinking about debt as simply a financial confine that the cultural and psychological side of debt started to become clear.  People aren’t talking about debt because they’re ashamed. Which is crazy, because we’re all taught to chase a lifestyle that requires a good education, a nice home, a fast car and fancy things – no matter the cost.

But Max and Oksana St. John want to talk about debt. When Oksana found herself with $120,000 in debt, she knew that something had to be done. And with the help of her husband (and now business partner) Max, she began to change her lifestyle in a way that would tackle her debt head on. They revised their approach to budgeting and finance, and on Oksana’s salary alone were able to pay off that mountain of debt in just TWO years!

Now, Max and Oksana are professional travel bloggers. They travel the world living an alternative, sustainable lifestyle, and document it all as they go. They’ve also recently launched a course that guides regular people just like them to become debt free.

They stress that being rid of all “bad debt” (a term they use to describe money that is being paid back to someone else, not being invested in your own business endeavors) has got to be an immediate priority. “It allows you to make smart business decisions…if you always live with that dark cloud of debt over your head, all your hard earned cash is going to someone else,” Max says.

The burning question on everyone’s mind: How the hell did they pay off that much debt in that short amount of time?! Below are some of Max and Oksana’s top tips and revelations for becoming debt free. 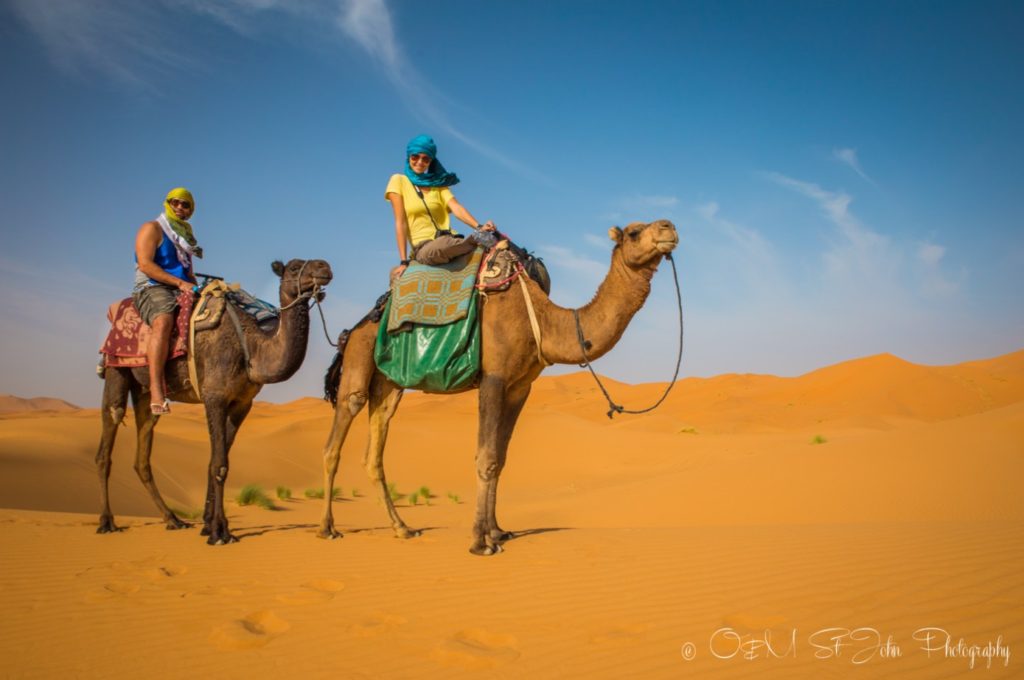 Oksana and Max celebrated becoming debt-free with a trip to Morocco.

COMMIT TO THE LIFESTYLE

“For me, it was all about the lifestyle change. I wasn’t just going to stay in the same place that I was, have the same job, and hope that magically everything was going to turn out differently,” Oksana says. It’s about accepting that the way you think about money has to change for good. “Max really helped with that. I had to train my brain to look for the lowest prices in the grocery store, for example. It’s the little stuff that’s really going to add up.”

But you don’t have to move into a cave and give up all of your material belongings to pay off debt, according to the St. John’s. “People think of saving money as making huge sacrifices – but some sacrifices are really easy to make…it’s recognizing what is okay for you to give up, and what isn’t.” They stress that those things are going to be different for different people. Some of us can’t give up buying a cup of coffee in the morning, other people can’t give up weekend trips out of town. Once you isolate what matters to you, it’s a lot easier to cut all of the superfluous expenses out of your day-to-day life.

Undeniably, you have to sacrifice a lot to aggressively pay off your debt. It’s so easy to get caught up in the negativity that accompanies hindered freedoms.

But instead of letting the lifestyle change get them down, Max and Oksana focused on planning their life after debt. And for them, it was quitting their 9-to-5 lifestyle and traveling full time. “We’d spend weekends planning where we’d go. When our friends would ask us our weekend plans, we’d say we’re having a planning party for our trip to Morocco! Even if that trip was a year away, it didn’t matter to us. It felt so real.”

But everyone has their own motivation, it’s just a matter of figuring out what it is – whether it’s a nice house, a faster car, having kids, or pursuing higher education. “You’ve got to visualize what that finale looks like for you – what does your life look like after the debt is gone?” Oksana says, and then try your hardest to find joy in every step of the journey to that finale.

There are a lot of people who feel like their debt isolates them from the people around them – they can’t afford to lead the lifestyle some of their friends do, they’re ashamed to talk about it, and they don’t know how to tackle it on their own. The easiest way to surmount the isolation is to open up the discussion.

“People are embarrassed to talk about debt. It’s not a hot topic of conversation… It’s a taboo subject,” Oksana says. But the St. John’s are trying to break the stigma behind tackling debt in their new course. “We want to create a community where debt is the subject… Where we can share tips, people can share success stories, and hopefully tons of people and join the discussion.”

And that’s exactly what they’re doing. Their course is a revolutionary way to approach debt. They guide students through the stressful, grueling journey to becoming debt free all the while making it manageable, accessible, and (dare I say it) easy. At least, easier. For anyone and everyone. “This course works for someone with $10,000 in credit card debt, and it works for someone with $120,000 in student debt. We don’t just talk about that one big number and how to get rid of it. We talk strategy, tactics and changes in behavior.”

Sign up for a free trial of their course below and get involved in the community that’s conquering their debt faster than ever.

Learn to change the way you think about debt with Oksana and Max’s Debt Stats & Facts, where they share the statistics that motivated them to clear $120k of debt.  Download it here.

Watch our full interview with Oksana & Max on Facebook here: